Home » Recruiting » Could blockchain be used in HR?
× Share this Article

Could blockchain be used in HR? 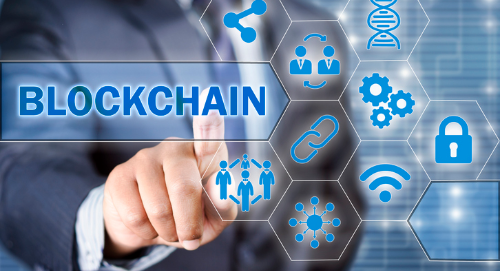 Blockchain. The technological phenomenon has seen a lot of popularity in recent years, mainly within the cryptocurrency and energy markets. But little is still known about the new technology and how it will impact other sectors in business.

Blockchain, in simple terms, can be described as a decentralised distribution of computer networks which allow the flow of information to become automated. This makes it a reliable system to store data whilst eliminating the intermediary in transactions. The new technology can increase counterfeit security compared to existing systems, which is why banks are currently working to stay one step ahead of blockchain. However, it’s not just the financial market that is experimenting with, and benefiting from, blockchain. According to some experts, blockchain could be making its way into the world of HR. With this in mind, could blockchain influence HR at all?

Will CVs and LinkedIn become obsolete?

Blockchain transactions can safely store information. In the future, this could mean that candidate descriptions and employment history will no longer be constantly re-written, possibly eliminating the need for CVs. This also means that lengthy verification processes, where HR professionals need to request references for the candidate, may also be affected.

As far as identity verification is concerned, public administrations still have authority in regard to banks and universities. Human resources departments rely on these services, but such verification could also be performed future through the database architecture of the blockchain. For example, the authenticity of educational qualifications and training would be verified. On the other hand, additional costs and bureaucratic procedures would disappear.

So, is this a realistic scenario? Yes, but it has some drawbacks!

As a technology platform, blockchain can store vital information, from birth certificates to tax returns. And by verifying this information in an extremely secure manner, blockchain also opens up direct human resource application opportunities, especially for human resources management and recruitment. However, the use of personal data and privacy is a sensitive area, especially since the implementation of GDPR, so companies have to be careful and not rush into blockchain projects.

Why blockchain is still out of reach for the HR department

While blockchain may offer the technology to support human resources departments, it will take some time for employees to properly consider it as an effective tool in leveraging HR practices. It will take a while for HR to get involved with blockchain at all, let alone fully exploit the technology.

Organisations shouldn’t be put off by this technology. Instead, they should spend some time researching whether blockchain could benefit their HR department and if so, how they can properly implement the technology. 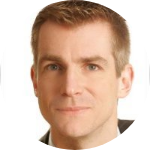 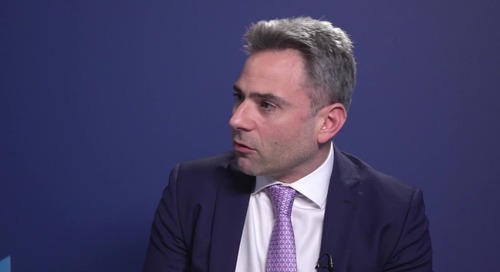 James Wilson, Vice President of Sales EMEA at Cornerstone shares his years of knowledge and experience in h... 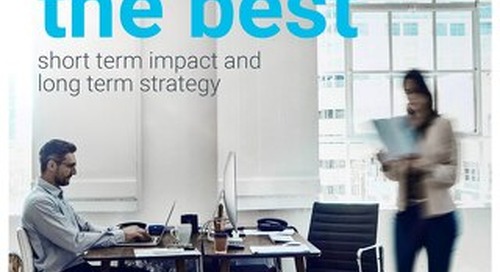 For a long time now the UK job market has been candidate-led, making it a fight for employers to acquire th... 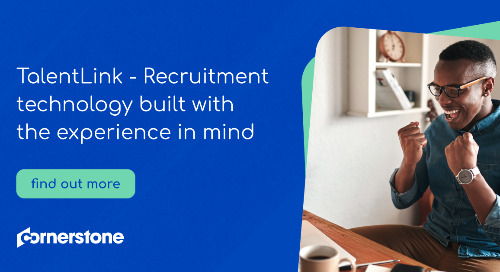 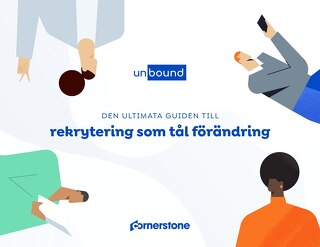 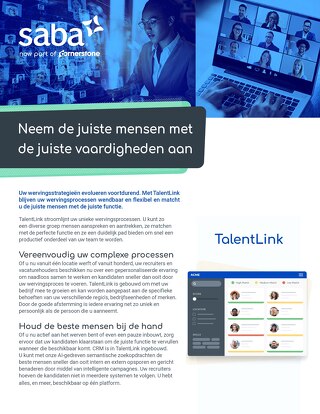 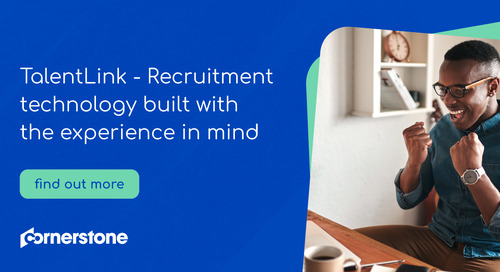 7:45
TalentLink, the Choice of the Smarter Recruiter

In an ever-changing world, recruiters still need to hire as normal. TalentLink helps you do just that! 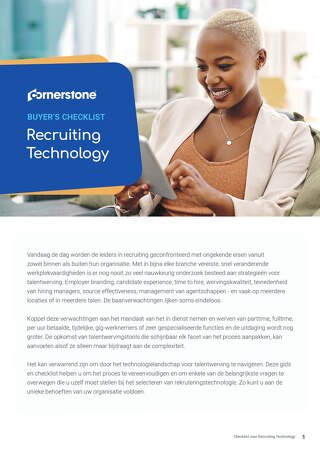 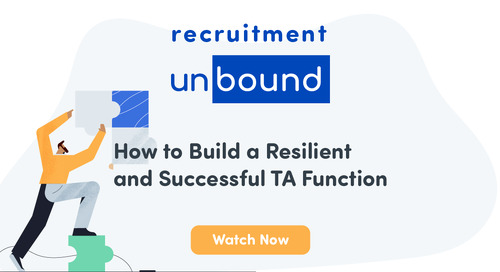 35:33
How to Build a Resilient and Successful TA Function

Recruiting today is not like yesterday and building a resilient TA function is vital to your organisation’s success. Our video will show you the guiding principles. 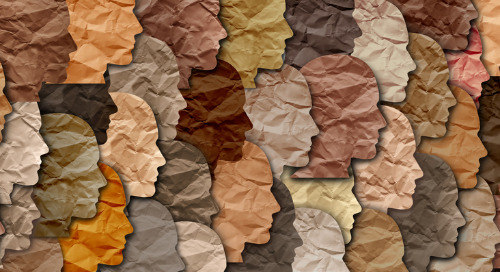 1:20
Solving the recruitment challenge at SGN with Cornerstone 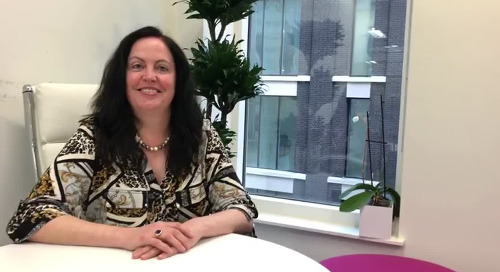 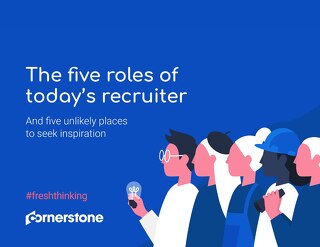 Hunter, farmer, inventor, engineer and artist – 5 roles that can teach you a thing or two about recruitment 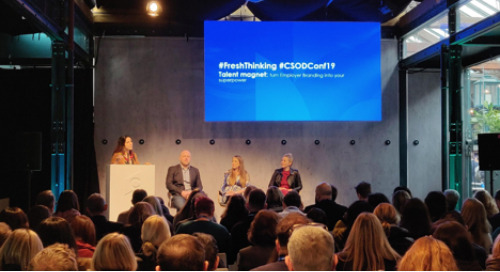 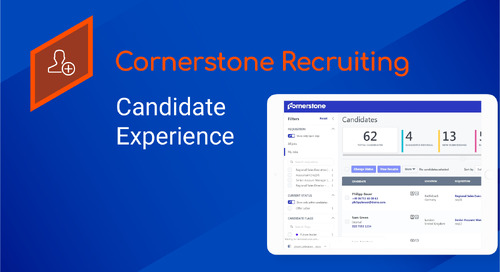 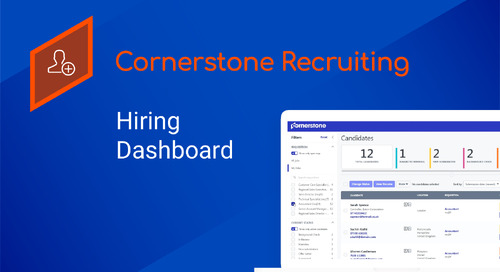 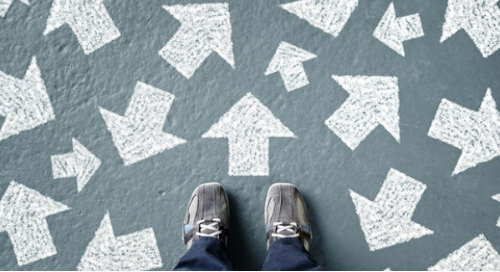 Does a human or an algorithm make better HR decisions?

Digitalisation and changing career paths means that HR plays an even more important role in recruiting. But should we be handing over the reins to AI? @gdelestrange weighs up the benefits of humans... Kuehne + Nagel was one of this year’s Client Excellence Awards winners at Cornerstone Convergence EMEA, winning the title of the Advancement in Reinventing Recruiting award. In this video, Sandra Aasm